In the sense that few innovative twists will ever top this one, China has just forever ruined the parade of stick-figure family decals plastered across rear windshields everywhere.

To be fair, this isn’t entirely an ornamental notion. Chinese drivers have begun equipping their vehicles with reflective stickers designed to both back tailgaters off and potentially teach them a lesson about personal space in traffic using a fearfully soiled driver’s seat. Affordably priced and increasingly common online at prices between $3 and $18, the decals greet vehicles approaching from the rear with high beams on by illuminating ghoulish figures inspired by Asian and Hollywood horror movies.

Of course, other options simply spell out in Chinese, “Turn off your f***ing high beam.” However, we greatly prefer showing off dark passengers far more impressive than the brood of roughly 29 stick-children who have stress-tested our neighbor Mrs. Minivan’s vaginal elasticity and Mr. Minivan’s stance against testicular disarmament. If our favorite next-door family of rabbits doesn’t give us the roughly three car-lengths of cushion we expect after a scare like that, someone should inform them that we aren’t above carting around an actual cold, dead child that lives inside our television just to make a point.

Now, before any of you go plastering Sayako or a quartet of vampiric Japanese schoolgirls to your glass, we strongly urge drivers everywhere to confer first with local law enforcement officers or motor vehicle divisions. Authorities in China have employed various measures to curtail the trend, so it stands to reason that police elsewhere might also frown upon the potential for startled drivers to cause accidents. Beijing police, for example, let the decals slide because municipal law holds drivers who decorate their vehicles with them responsible for any accidents they ultimately instigate. Elsewhere, Shandong authorities have no reservations about handing down 100 yuan ($15) fines to any driver displaying the ominous deterrents on china sites like Taobao, but below we found them on Amazon. 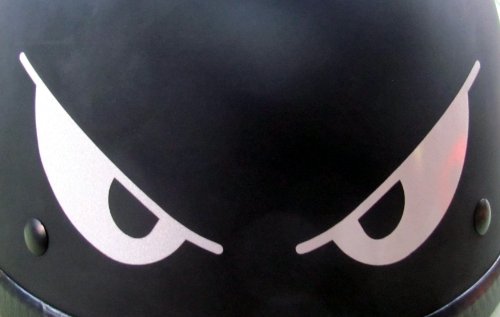 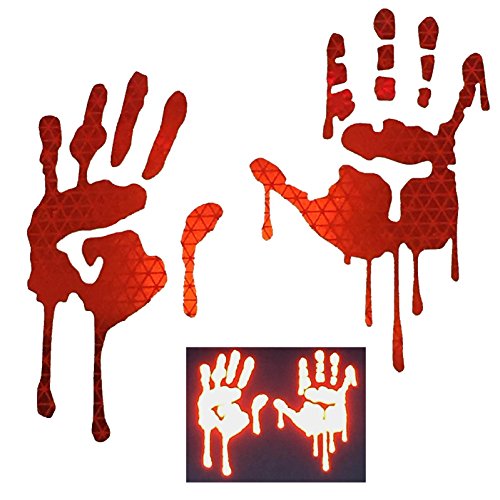 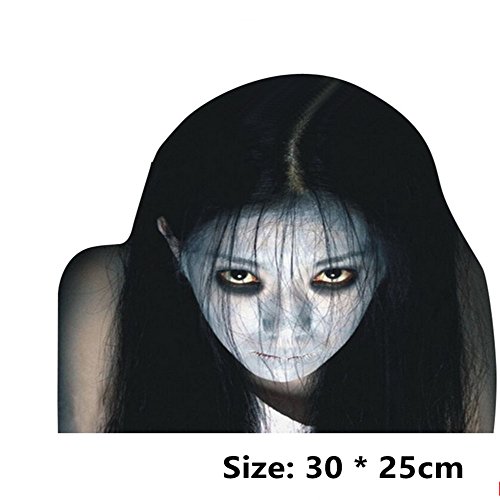