Star Trek TNG Bluetooth ComBadge Is Real! Keep Your Away Team Wirelessly Synced & In Touch At All Times

Every well-read nerd should recognize by now that “Star Trek” creator Gene Roddenberry was well ahead of his time it came to imagining the bold places science and technology could boldly go where no man had gone before. This November, get read to break the ground you’ve been dying to explore since you first saw “Star Trek: The Next Generation.”

That’s right. The Star Trek TNG Bluetooth ComBadge steps beyond just being an impressive prop replica and actually syncs up the wireless device of your choice with a hands-free microphone. With a single tap, the ComBadge can play or pause audio with superb Massive Audio built-in speakers, answer or end calls, and even call up Siri, Cortana, or Google Now for instant queries. Of course, every touch sets off that irresistible nostalgic communicator sound effect.

A single micro-USB charge powers the Star Trek TNG Bluetooth ComBadge’s Lithium-ion battery for up to 10 hours with a maximum effective range of 33 feet from a connected device, but powering down via the auto-shutoff feature when not connected to Bluetooth goes a long way toward getting the most out of its juice. As a bonus, its magnetic attachment ensures you won’t have to fill your authentic Patrick Stewart-worn Starfleet uniform with holes to take it on and off. 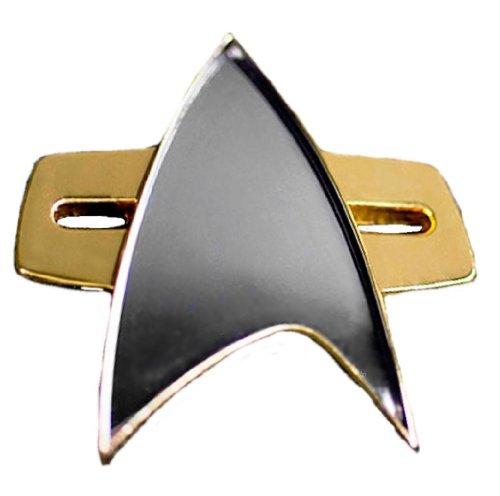 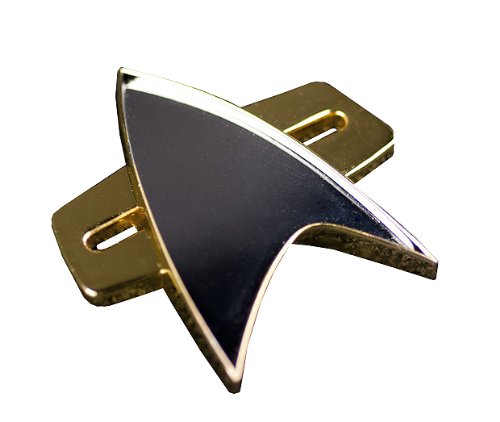 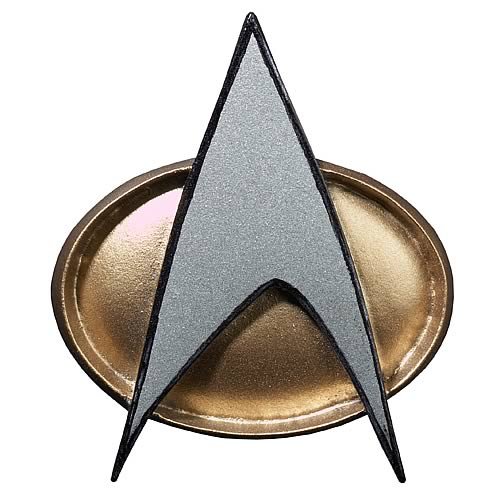