Virtual reality just might have finally arrived as a tech frontier that could be considered viable to the average consumer. The overall experience has evolved seemingly light-years since the famously awkward early days of the Nintendo Virtual Boy underwhelming the world when compared to standards we now admit “Lawnmower Man” might have set a bit high.

Once display and interactive UX advancements caught up with the sexy concept, platforms such as Oculus and Steam threw open the gates to jaw-dropping immersive sensory happenings that were finally on par with the dazzling spectacles we dared to imagine when we weren’t struggling to accept Nintendo’s wire-frame red vomit. The PIMAX 4K UHD Virtual Reality 3D PC Headset raises the curtain on exactly the kind of brilliant media interaction this rapidly advancing technology deserves.

You haven’t experienced the most monumental thresholds of 4K UHD until you’ve dove into the PIMAX VR headset’s razor-sharp interactive virtual desktop, phenomenal personal IMAX theater, and compatibility with the latest bleeding-edge Oculus and Steamvr games. This remarkable viewer’s 58-71m IPD adjustment suited to naked-eye viewing within 500-degree myopia and accommodating 18 x 150mm space for users wearing glasses both finely tune a consistently smooth clarity and sense of authentic motion across its expansive 110-degree field of view. Meanwhile, in the interest of awe-inspiring sound to accompany the visual extravaganza, the comfort-engineered detachable headphones with adjustable headband pour forth a virtual 5.1 soundtrack powered by a 40m driver unit with 112 dB/mW sensitivity and 32ohms impedance across a 10Hz-20Hz frequency response range.

This is also the first and only VR headset designed with conscious awareness of the technology’s potential health risks to users. The 1000Hz dual gyroscopes with only 18ms MTP reduce vertigo as effectively as any headset available today while precisely capturing dynamic head movement. Its automatic demisting and light-adjustment functions prevent 400-500nm blue laser exposure from gradually causing permanent retinal damage. 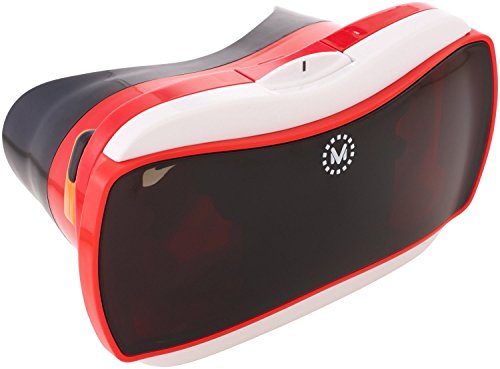