This. This right here. This is what you’ve been working your life towards. To be successful enough to not just have fancy things, but to have a robot to check under your fancy things that rest in water!

The Underwater Live Video Drone from Hammacher Schlemmer allows you to go full on Cousteau without getting a drop of water on you. A remote operated submersible drone provides a live feed from 65’ underwater to a 7” color LED atop the waterproof controller. The camera records at a crisp 1280 x 720 resolution and saves it to a microSD card up to 64 GB, which is not included. So you can finally get proof of the giant squid that lives in your development’s water feature. Explore the depths up to two knots or just hover and let the underwater world swirl around you. The submersible has a whole bunch of tech inside that will let you know when it’s low on battery, has a weak signal, or there is a leak in the casing at which point it will automatically resurface. Barring any of that the drone has four hours of juice from a 1.5 hour charge. Haul it around in a hard sided storage case and launch into the first part of your 20,000 leagues, Captain Nemo!

5 Total Score
Explore the depths of the ocean and maybe find some GOLD!
User Rating: 5 (1 %s vote)
Buy Here
Moebius Voyage to the Bottom of the Sea Mini Flying Sub 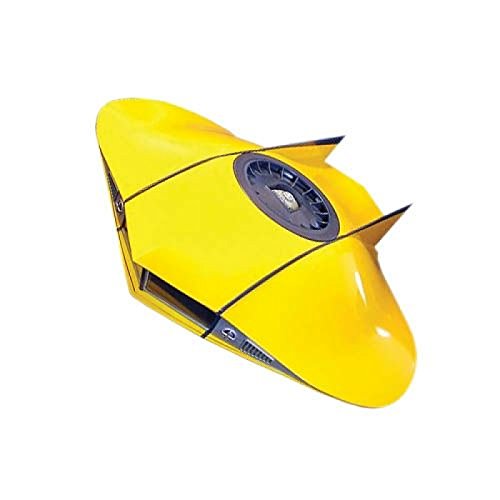 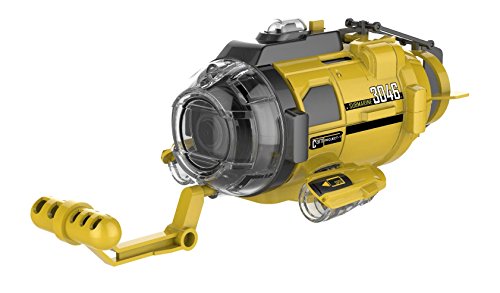 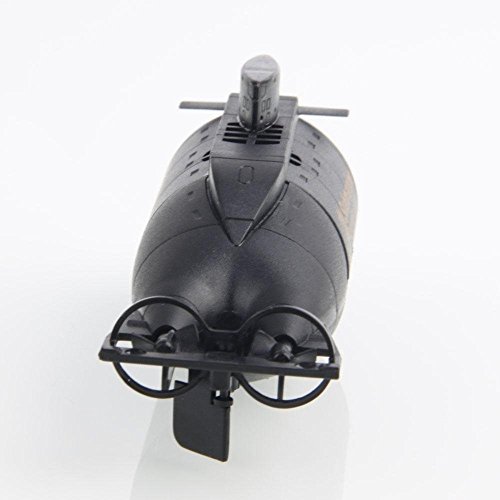