C’mon, now. Show us someone who has seen any movie in the “Despicable Me” trilogy or the absurdly popular spin-off “Minions” without wanting to bring home an insane babbling corn-nugget creature, and we will, in turn, show you…well, either a suspiciously joyless toddler or an adult who will never again gaze upon a Twinkie without weeping in remembrance of 90 minutes no one can ever get back.

As ubiquitously grating as these dippy creatures inevitably become over the course of an hour and a half or so, we have to admit the obvious: Turbo Dave Minion Robot is legitimately pretty cool. Each adorable chattering henchman with posable eyes and arms can be set to one of four modes controlled by a free, easy-to-use tablet or smartphone app. Accordingly, your minion can then roam a house autonomously, guard a room, obey hand gestures or simply dance the dance of the damned. Along the way, watch in amazement as it travels down a custom path, spins in circles, delivers hilarious reactions and chatter away in its native tongue, duel with blasters or engage in head-on collision battles with a second minion.

The cute little toy is great for kids ages 8 and up, and requires AAA batteries. It also have over 140 original sounds and sayings your kids know and love.

We cannot confirm that letting them communicate freely will one day lead to Turbo Dave Minion Robot programming an artificial intelligence bent on slaughtering all but five individual members of the human race anymore than you and our therapists can prove there is such a thing as “reading too many Harlan Ellison short stories while under the influence of mescaline.” 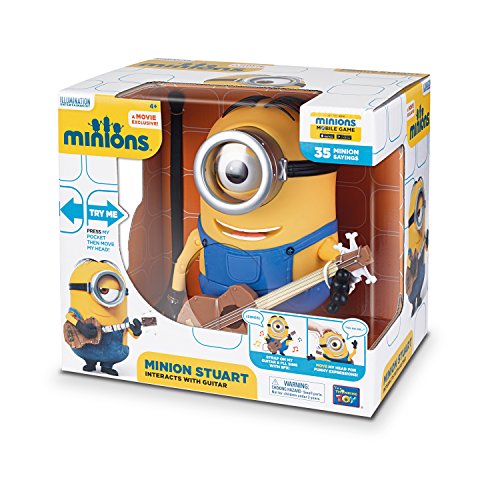 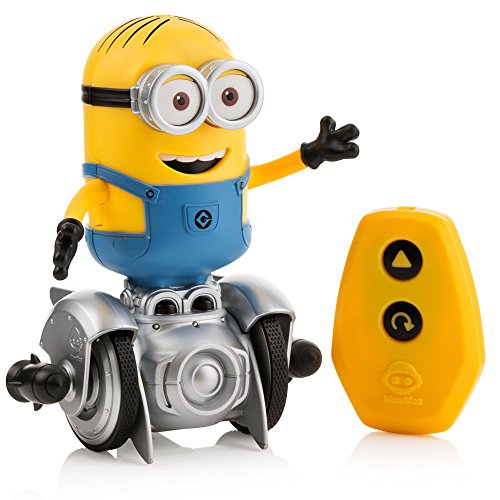 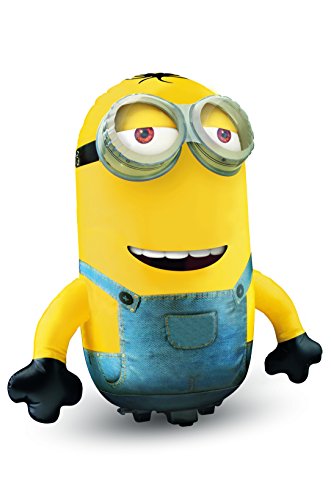