The natural world has one snarky sense of humor, doesn’t it? Tyrannosaurus rex reigned 69 to 66 billion years ago as the upper Cretaceous Period’s most feared predator. Today, it’s pretty damn easy to chuckle at its ludicrous little arms and perform goofy stunts while wearing a novelty facsimile of its skin when the “tyrant lizard” isn’t stomping around looking at us like little sausages that run and scream.

Really, would this apex eating machine take just the slightest offense at its skull being reduced to this T-Rex Shower Head, spraying steamy water from its terrible jaws to rinse the funk from under our armpits?

Honestly? Probably not. Tyrannosaurus rex wasn’t exactly the Descartes of dinosaurs. Were it to stumble upon a naked shaved ape bathing itself beneath a mockery of its skull, its reaction would likely be more akin to, “Meat. Wet. Bite. Nom.” 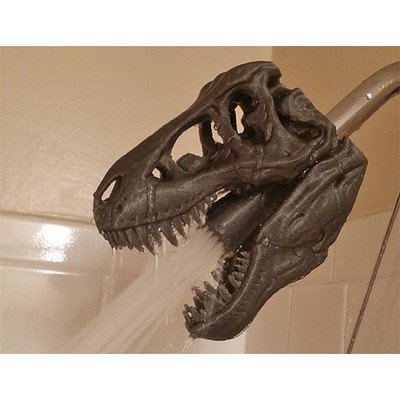 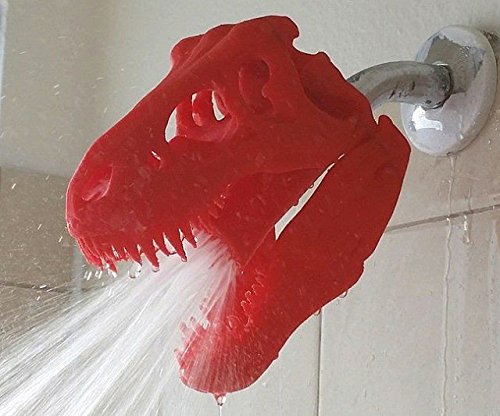 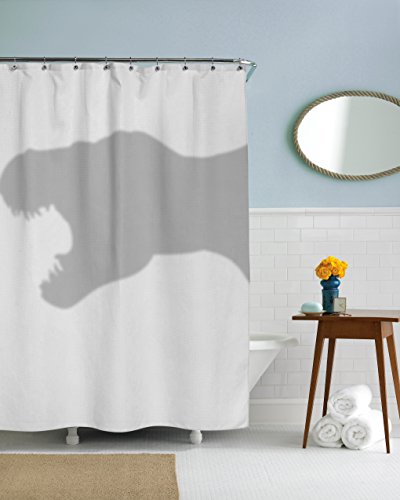