Earthly innovators will always embrace an opportunity to upcycle discarded junk. Post-consumer paper products and coffee grounds as compost? Child’s play. You can bet your bottom cred, this Star Wars TIE Fighter Portable Gas Grill is a scaled-down demonstration of how progressive modern science would repurpose a decommissioned Imperial mainstay of military avionics: we would create the biggest and best goddamn barbecue this side of Tatooine.

Emperor Palpatine entertained no greater ambitions for his iconically sleek, handsome and intimidating assault vehicles than blowing insurgents to smithereens and ruling every expanse of the galaxy with an iron lightning-throwing fist. What a shortsighted fool. This cast-aluminum cooker proves that a commitment to applying that appealing design to an aesthetically unique grilling experience could have minted the Empire a fortune.

Forget hollowing out an actual TIE fighter and retrofitting it to smoke hundreds of racks of ribs at once. When you outfit the 220 square inches of cooking space in the “eye” of this propane-fueled grill with convenient shelves on either side, a custom analog thermometer, a quick-start electrical pulse ignition and a formidable stainless-steel burner generating up to 10,000 BTUs of heat, no nerd can help but daydream of searing Porterhouses with the raw power of the real thing’s twin-ion engine.

Seriously, Palpatine. Instead of being press-slammed down into the belly of the second Death Star by Darth Vader, you could have been the interstellar George Foreman of a galaxy far, far away. Your loss, sir.

9 Total Score
The Dark Side Of Your BBQ Might Mean Its Burnt. Don't Turn To The Dark Side.
User Rating: 5 (1 vote)
Buy Here
Star Wars Lightsaber Spatula 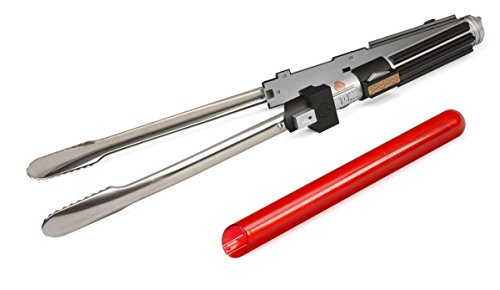 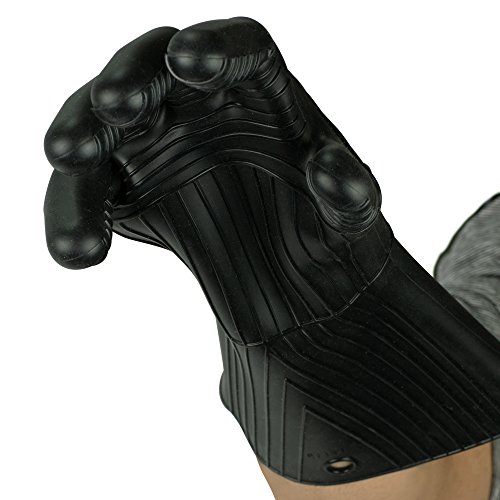