There’s never a bad time to honor a quintessential tipping point in the seemingly eternal struggle between the noble Jedi and ruthless Sith with the galaxy’s fate hanging in the balance. Just to make sure you never miss an honorary moment, bring home The Bradford Exchange’s exclusive Star Wars: Sith vs. Jedi Wall Clock and relive the epic climax of “Return of the Jedi” with every hour of every day.

This superlatively handcrafted and officially licensed piece of Star Wars memorabilia pits Luke Skywalker against his fallen father Darth Vader as the nefarious Emperor Palpatine looks on with the space battle above Endor raging behind him. The clock’s internal illumination flashes to life with the flick of a switch to light up the tragic father-and-son combatants’ crossed electroluminescent lightsabers in vibrant red and green while casting an ominous blue glow over the Emperor’s chamber. From the intricate hand-painted realism of each element to the painstaking resemblance the clock’s sculpted body bears to the hull of an Imperial Star Destroyer, sculptural Millennium Falcon atop the epic scene and Star Wars logo and classic Roman numerals defining the face, you are looking at a lovingly realized work of art.

As the precision quartz movement ticks away the time, an attractive pendulum bearing the side-by-side insignias of the Rebel Alliance and Empire swings in measured to and fro in measured rhythm between dangling sculpted weights modeled after Luke and Vader’s respective lightsaber hilts. At the top of each hour or at the push of a button, The Bradford Exchange’s Star Wars: Sith vs. Jedi Wall Clock adds an essential finishing touch: a 45-second snippet of John Williams’ unmistakable theme to salute this final duel between father and son.

Act fast. This edition is strictly limited to 295 casting days, limiting availability to a finite batch of hand-numbered clocks shipped with individual Certificates of Authenticity.

Sorry, but the required AA and AAA batteries are not included. 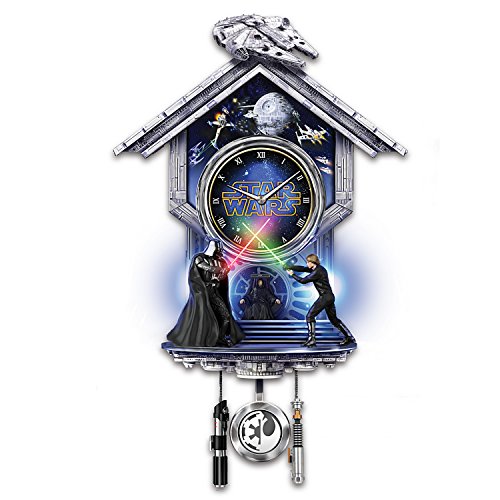 STAR WARS: Sith vs. Jedi Wall Clock with Light Up Lightsaber Duel and Theme Song by The Bradford...
$199.95
2 new from $199.95
as of February 9, 2020 5:23 am
BUY NOW
Amazon.com
Cuckoo Clock: Tim Burton's The Nightmare Before Christmas Wall Clock by The Bradford Exchange 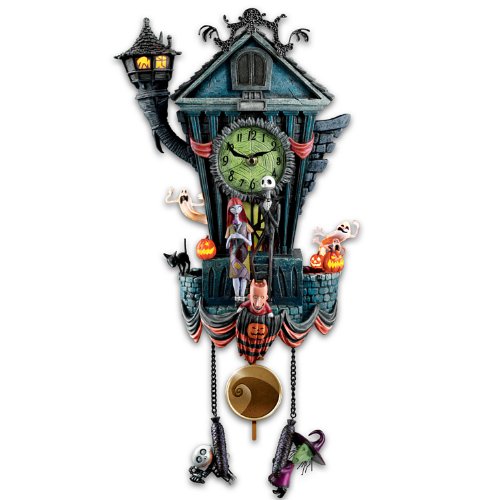 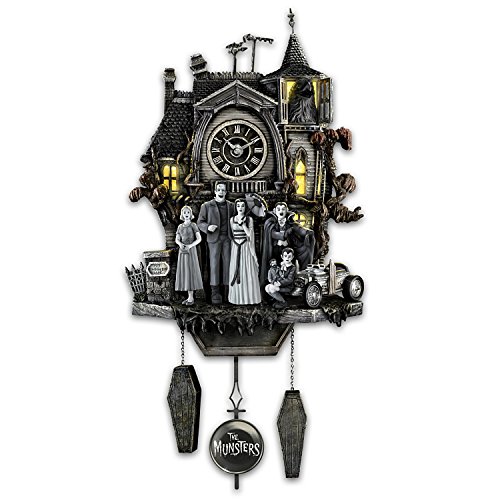 The Munsters Cuckoo Clock with Flickering Lights and Music by The Bradford Exchange
as of February 9, 2020 5:23 am
BUY NOW
Amazon.com