Don’t get it twisted, younglings: the only thing more important than a dependable lightsaber, trust blaster and fast ship to a Jedi waging a seemingly endless galactic struggle against the Empire, Sith Lords and the First Order is a pair of socks to keep one’s feet drier than the driest dune of Tatooine.

Every day, you toe the Force’s line separating good from evil. These Star Wars Socks by Stance at least ensure that you and the world around you are always crystal-clear just which toes are on which side.

Sure, you could choose one set of six socks or the other. There’s nothing wrong with limiting yourself to stitched full-body likenesses of a carbonite-encased Han Solo, Chewbacca with C-3PO slung across his back, a daring X-wing pilot, R2-D2, Yoda, and the legendary Obi-Wan Kenobi. Then again, who’s to judge if you would rather clothe your tootsies in the Dark Side and celebrate the ruthless deeds of Imperial stormtroopers, TIE fighter pilots, Grand Moff Tarkin, the Imperial Guard, Emperor Palpatine, and the feared, legendary galactic Sith scourge himself, Darth Vader. Hell, if you find yourself as torn as a bitchy young Anakin Skywalker between the Light Side and Dark Side bundles, perhaps you’d just as soon mix and match your footwear with the limited-edition Force 2, combining both sets for those who would tread on Yoda with one foot and Vader with the other.

Just in case there isn’t a complete set that entirely satisfies your tastes, Stance also offers a complete array of character-dedicated options, from Lando Calrissian, Chewie, the Frozen Bounty combination pairing Boba Fett with Han in carbonite, or the Droids pairing matching C-3PO on one foot and R2-D2 on the other to BB8, Rey, death troopers, Kanata and Chewie, or Kylo Ren and his own generation of stormtroopers, among other duos.

From heroic Luke Skywalker, Han Solo and Chewbacca to the sinister ruthlessness of Boba Fett and Darth Vader, Stance has paid tribute with these monumentally comfy STAR WARS Socs to both sides of a civil war that a long time ago defined a galaxy far, far away. Take your pick from sets bearing the likeness of individual characters such as Chewie, Jabba or Yoda to pairs sporting Luke on one foot and Vader on the other, C-3PO and R2-D2 or even Han and Boba.

These crew socks are sewn with quality from premium combed cotton to dress your tootsies in the height of tightly stitched, 200-needle-count of crisp luxury. You’ll dig the reinforced heel and toe and cushy-yet-durable softness of the elastic arch and self-adjusting cuff. Don’t go traipsing about the surface of Hoth without ’em. 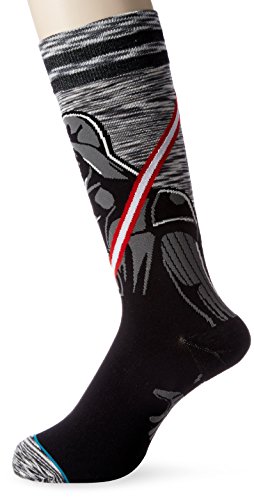 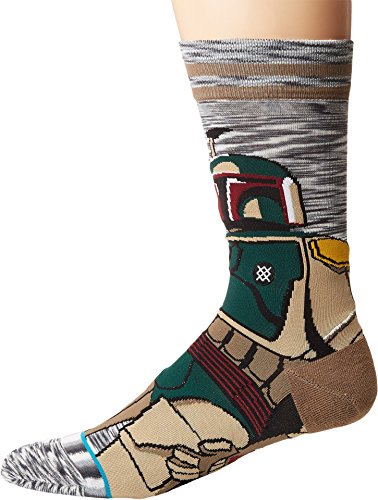 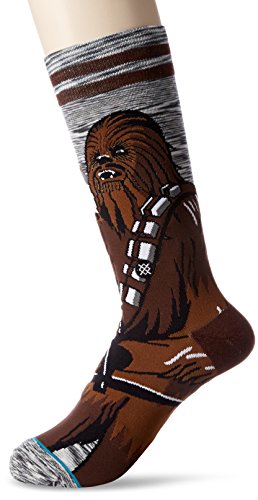