Buy Here
Search on AmazonSearch on Ebay
Home » Resident Evil 7 Biohazard: Your Need-To-Know Introduction To Get Caught Up
AwesomeEntertainmentGamingGeekGiftsGifts For MenVideos

Resident Evil 7 Biohazard: Your Need-To-Know Introduction To Get Caught Up

With “Resident Evil 7: Biohazard” now in stores and the franchise 21 years removed from its 1996 debut on the original PlayStation, a generation of especially young gamers who didn’t come of age alongside the Capcom tentpole franchise’s two-decade evolution might find itself with some confusing catching-up to do.

Hey, we won’t judge. While not remotely as convoluted or “just stop thinking and let it happen” bizarre as, say, Konami’s “Metal Gear Solid” anthology, the Umbrella Corporation’s saga to date has taken some meandering turns that make it difficult to explain its twisting lore to a non-initiate without being mistaken for a mental patient. A lengthy adapted film franchise that has little-to-nothing to do with the games doesn’t make comprehending everything we’ve seen throughout 24 games released to date (counting remakes) any simpler.

Lucky for you, we felt like being helpful. With no enjoyment-crippling major spoilers whatsoever and a little careful avoidance of the property’s more dispensable lore and trivia, we offer you this short primer to introduce a potentially pivotal game in the evolution of “Resident Evil.”

For starters, a little not-so-obscure trivia: this latest installment’s subtitle is equal parts plot-tease and a nod to the series’ origins in Japan, where it was introduced as “Biohazard” before being re-christened “Resident Evil” for its international release. As it happens, the seventh game in the “numbered” titles released in Japan as “Biohazard: Resident Evil 7.”The world of “Resident Evil” turns on the axis of the Umbrella Corporation, a multinational conglomerate whose public visage as a revolutionary pharmaceutical giant and medical equipment manufacturer disguises its true epicenter of influence: top-secret and ethically chilling genetic engineering research and biological weapons development. The very first game centers on the Raccoon City Police Department’s Special Tactics And Rescue Service (S.T.A.R.S.) Alpha Team fighting for survival after seeking shelter in the secluded Spencer Mansion while investigating the preceding S.T.A.R.S. Bravo Team’s disappearance in the nearby Arklay Mountains.

Prior to the game’s story, Raccoon City police had dispatched Bravo Team to investigate a rash of grisly, cannibalistic murders but inexplicably lost contact. Not long after discovering Bravo Team’s crashed chopper and mutilated remains and fleeing a pack of decaying-but-quite-active dogs, the S.T.A.R.S. team of Jill Valentine, Barry Burton, Chris Redfield, and Rebecca Chambers makes the horrifying discovery that the mansion where they had hunkered down fairly recently served as a concealed secret laboratory where Umbrella scientists had developed the T-virus, a pathogen that reanimates the dead.

Alongside Konami’s “Silent Hill,” this was arguably the game that would thrust what we know today as “survival-horror” toward colossal worldwide mainstream popularity. Those two classic PlayStation titles pioneered grim atmospheric tension and limited resources scattered throughout the environment as means of forcing players to often flee danger out of a sense of urgency to preserve scarce weapons and ammo. Trying to shoot one’s way past one shambling foe too many too early in the story could mean desperately paltry bullet reserves hours later, when whether you conserved your shells from the start suddenly becomes a matter of life and death.Melee combat wasn’t always a reasonable alternative. These were the days before automated healing and those blessed herbs were not always laying around in plain sight around every corner.

For the first time in many gamers’ experiences, knowing when to avoid a fight and scamper down a hallway influenced our self-preservation to just as great a degree as being handy with the steel.

Capcom dusted off the classic tenor and fused vintage sound-and-setting scares with a literal brand-new perspective: the mainline numbered series’ first foray away from third-person action and into disturbed first-person exploration. You guide Ethan, a man who has just learned his missing wife may still be alive, on a search for answers through a sinister Louisiana house owned by the Baker family, occupants you quickly get the feeling local Jehovah’s Witnesses have learned to leave alone.Originally released exclusively the Nintendo Gamecube in October 2005, “Resident Evil 4” last pivoted the franchise’s primary entries in a dramatic new direction by eschewing the survival-horror ethos of fighting with judicious paranoia and the franchise’s aggravating signature fixed cameras and tank controls in favor of a combat-heavy romp with the perspective following constantly over Leon S. Kennedy’s shoulder. The sequel “Resident Evil 5” took the franchise’s unanimously well-received revamp a step further by introducing multiplayer to its fabric. “Resident Evil 6” gave the world a logo that resembled a giraffe getting a blowjob and an inflated clusterf*** of a multi-perspective story that combined an assault of quick-time events and every gameplay style except possibly a poker minigame and a spontaneous diversion into a rousing text-based “Ultima” campaign.

Incredibly, the most revolutionary digression of evolution “Resident Evil” could have taken was to try out the only remaining viewpoint the numerical entries hadn’t yet touched, strip away the run-and-gun pace, and pump the T-virus into vintage exploration, evasion, and puzzle-solving throughout a creepy house.

Those Who Don’t Learn From History Shouldn’t Sweat It

It just so happens, this is also probably the best jumping-on point for “Resident Evil” since “Resident Evil 4.”Following along with “Resident Evil 7: Biohazard” requires absolutely no knowledge of the series to date. Seriously. It isn’t a reboot by any stretch, but the story references or hinges precious little on any other installments. The events play out about six months after the events of “Resident Evil 6” and ties in to the overarching lore, villains, and heroes to an extent but largely stands on its own two feet.

For those who simply must experience the complete journey of “Resident Evil” starting from the foyer of the Spencer Mansion, we would strongly recommend starting with the superb 2002 remake of the original. After that, the remakes of “Resident Evil 2” and “Resident Evil 3: Nemesis” are both outstanding improvements on their original releases, but if the time investment of playing all three becomes prohibitive, the remastered edition of “Resident Evil 4” is available on all current-generation consoles and PC as the quintessential entry launching the franchise’s present era. Savor Leon’s European vacation, give “Resident Evil 5” a try (it really doesn’t get quite the credit it deserves), and ask yourself before playing “Resident Evil 6” for any significant stretch, “Just how much do I hate myself?”

One last thing: the movies are about as closely related to the video game series as a parakeet is to a velociraptor.

9 Total Score
Now you can even play in VR
User Rating: Be the first one!
Buy Here
Resident Evil 4 - Xbox One Standard Edition 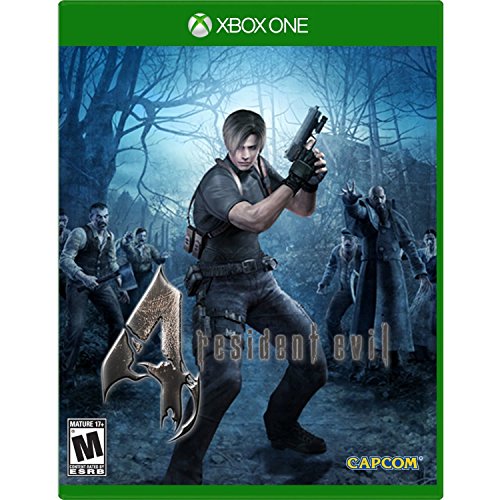 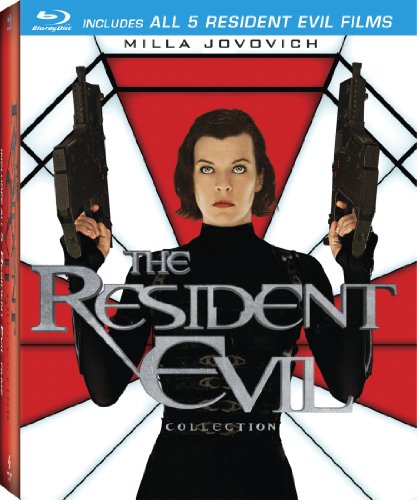 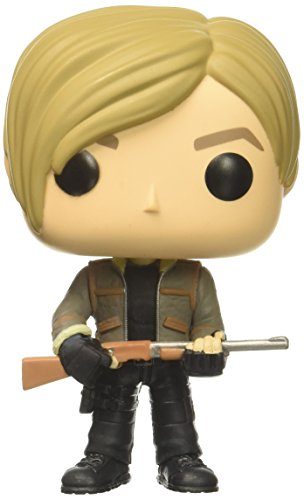