Why sugar-coat it? If there is an entire month of the year devoted to solid excuses for alcoholic bliss, it could only be October. As if Halloween’s customary costumed adult debauchery and mischief doesn’t pair well enough with boozy libations all by its lonesome, Munich’s own storied Oktoberfest festivities amount to a 16-day annual celebration of suds that actually kicks off in mid-September, ends in early October and leaves a four-week buffer to recuperate from the epic hangover before donning a “sexy” cartoon character cosplay and resuming the blotto shenanigans at the end of the month.

By the time you throw in the start of the NFL and college football tailgating seasons and “The Walking Dead” viewing parties, it would be easier to list holidays when getting plastered is somehow inappropriate. You might as well take a cue from this Ride-On Piggyback German Beer Man Costume and dress for the occasion.

Sure, you could save this for Halloween parties. Then again, what fun would that be? Once you slip your feet through Franz’s body and into his legs, you can stroll about anywhere you choose looking like a hardy Alpine companion has simply offered you an endless piggyback ride anywhere you need to go, if it means you won’t be going for an ill-advised booze cruise behind the wheel. Sehr gut, ja? 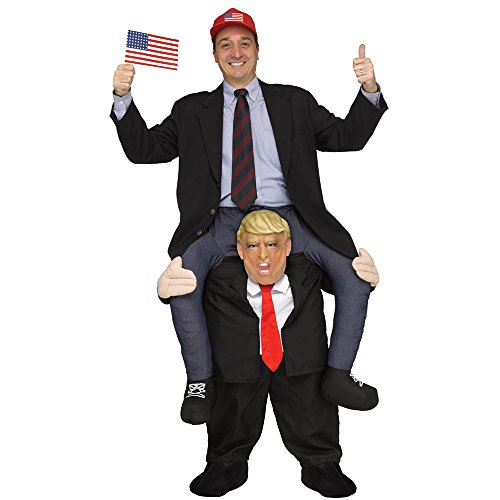 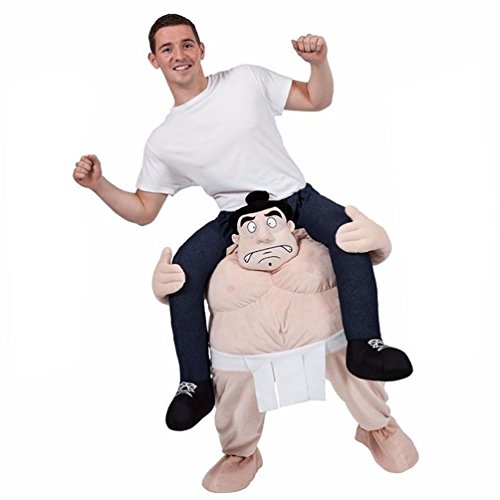 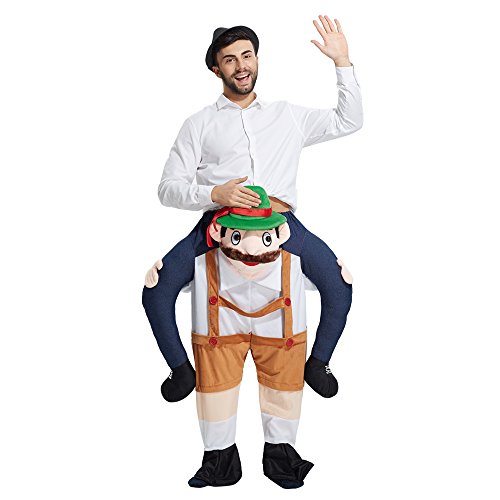