When a torrent of ammunition won’t get your point across all by its lonesome, you need a dispenser of justice whose very presence lets your enemies know they have turned the bed brown before even the first faceful of foamy doom. That’s when you call upon the Nerf Doomlands Judge, the armament for mercenaries who take great pride in finishing their business in as few pulls of the trigger as possible.

Let’s compare the recently revealed Judge to another fairly new war machine, the Nerf Rival Nemesis MXVII-10K. Specifically, we call upon a contrast between famed cinematic insurer-bankrupting rampages of the Austrian Death Machine himself, Arnold Schwarzenegger. Remember John Matrix one-handing an M60 and cutting a swath through every solid state of matter in his path in “Commando?” That’s the Nemesis, a relentless stream of up to 100 gravity-fed shots fired at a blistering 70 mph.

The Judge, on the other hand? Well, think more along the lines of the T-800 brandishing a hallway-sweeping boomstick and punching holes big enough to fit Cornish game hens in through his opposition, including the T-1000. Instead of a battery-powered gunfire monsoon, this stout keg of intimidation belches 10 three-shot volleys of three darts apiece from its rotating cylinder, setting it far behind the Nemesis for sheer velocity and range but earning the fireplug-shaped shotgun our nod when a showdown enters cramped quarters. When you don’t positively have to kill every mother in the room but want a better chance of nailing close targets on the move, accept no substitutes. Order on the battlefield, here comes the Judge.

9 Total Score
There is no jury when this bad boy is whipped out
User Rating: Be the first one!
Buy Here
Official Nerf Doomlands 2169 30-Dart Refill Pack 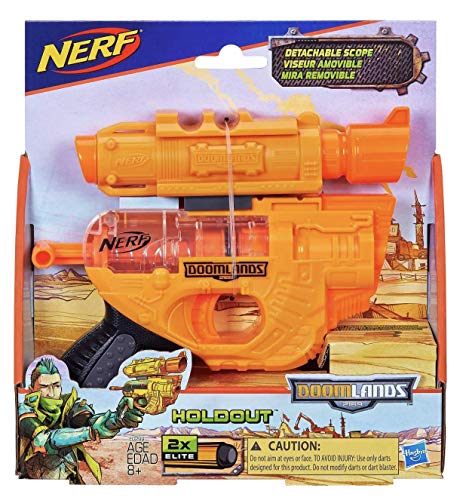 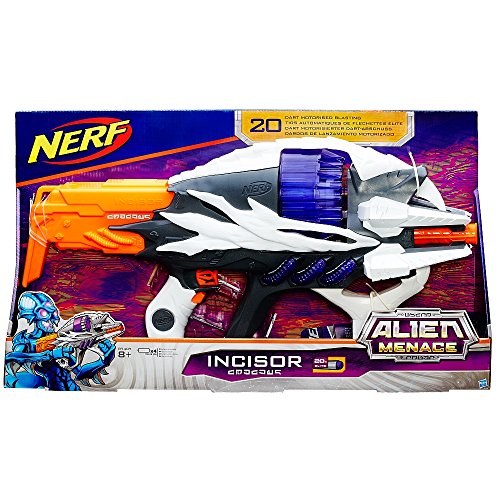 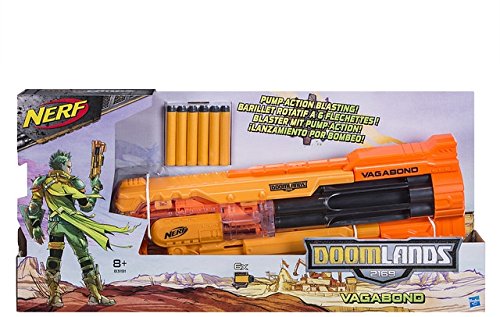 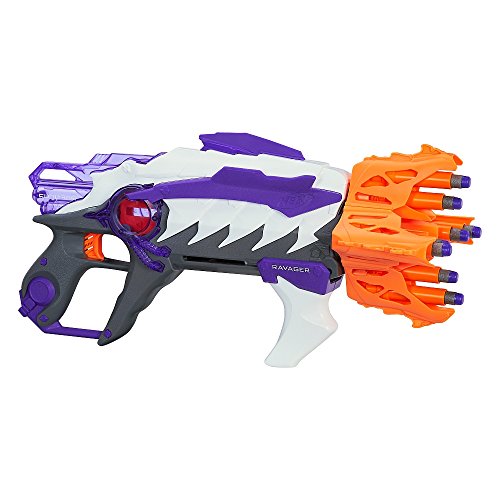 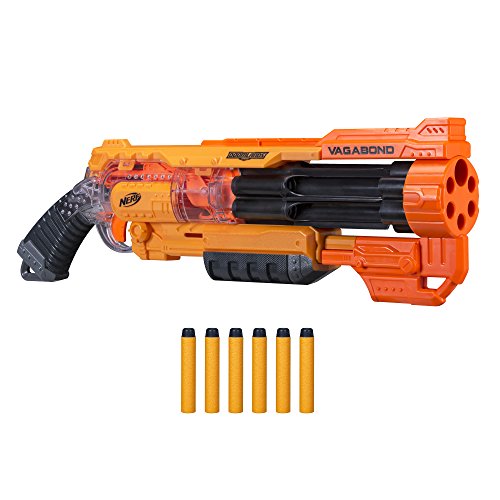 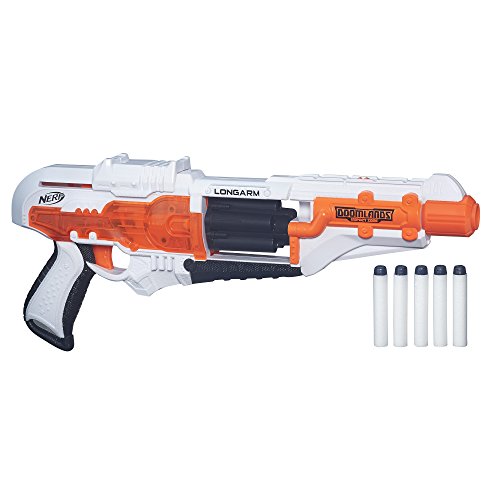 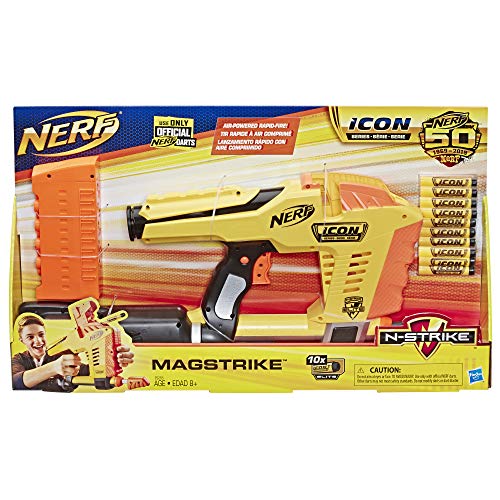 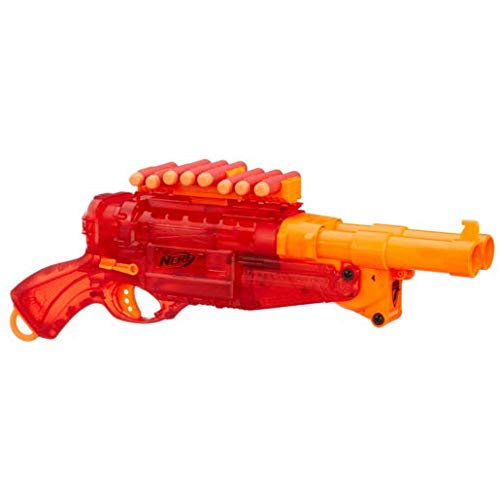 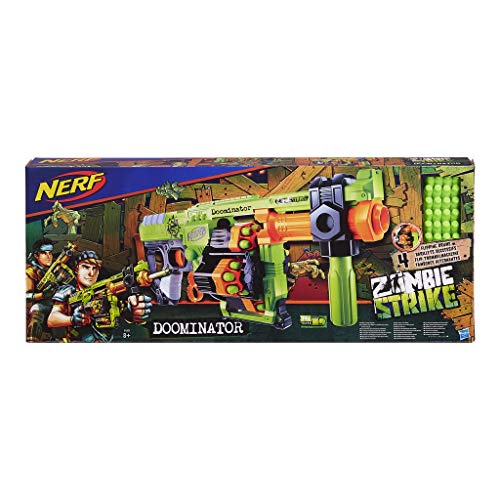 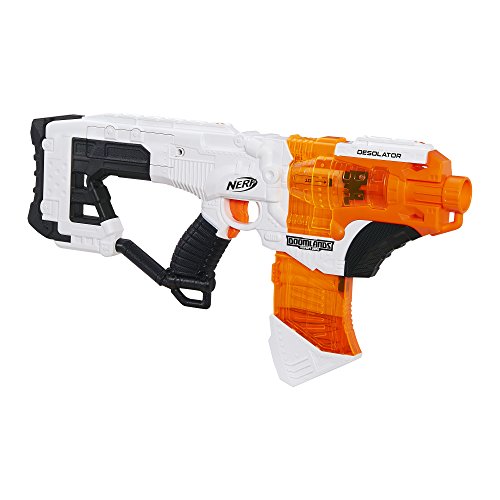 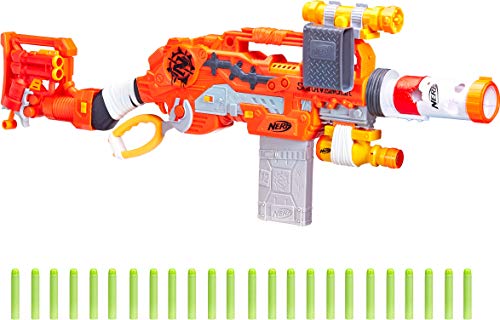 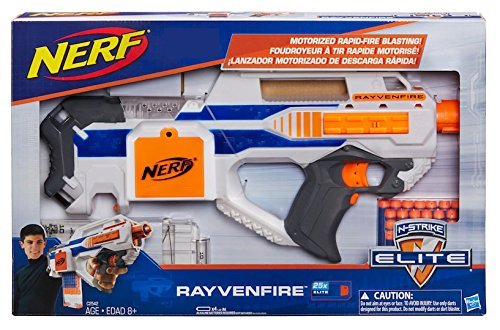 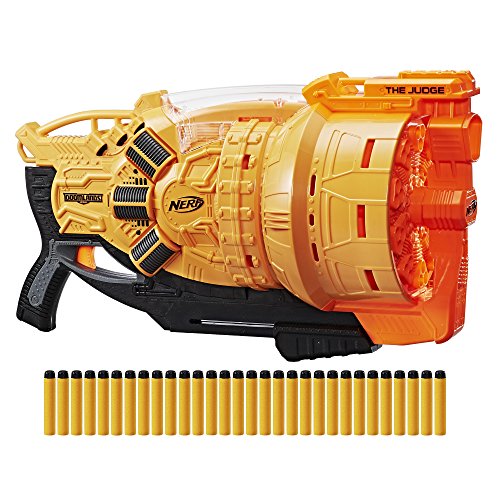 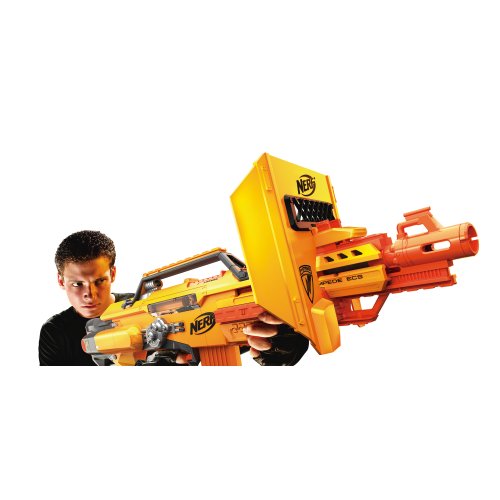 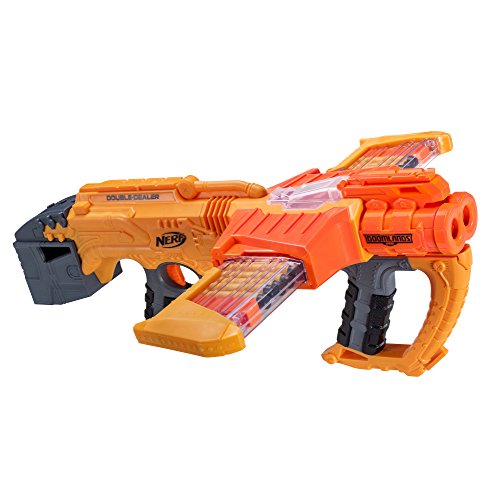 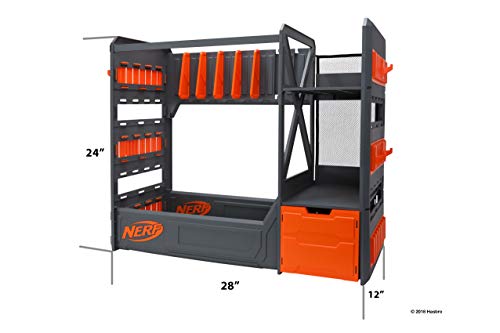 Dancing Baby Groot Vol. 2 Has Come To Take Funk Back To Its Roots