Motorized Dirt Digger Hauls The Biggest Loads In The Playground

Take your construction worker’s imagination to a whole new level, putting them in the driver’s seat of their very own heavy (not so heavy) machinery. No more having to dig up sand for the sand-scraper with a shovel. With this motorized digger they will be able to move however much material they need to build that next big project.

Do you, like many, have a young construction worker in your life? Whether they are constantly “fixing” things around the house or mowing the lawn with dad, this very realistic digger is sure to amaze. Perfect for ages 3 and up and can support children up to 66 pounds (30 kg), the digger is controlled by three levers just like the real thing and goes both forward and backwards at a speed up to two and a half mph. The Motorized Dirt Digger is capable of digging and moving sand from the sandbox or loosely packed dirt. It comes equipped with five sound effects including backup and engine start noises and has two front headlights for work that lasts into the night. The roof of the cab can be removed, making it easy to store in tighter places.

Inspire creative learning and motor skills as the driver practices driving and operating the digger using a steering wheel, pedals, and the three lever arms. Unlike other toy vehicles that drive with just one pedal and a steering wheel this children’s digger teaches kids problem solving and logic as they learn to maneuver the digger’s arm. Cognitive motor skills are developed simultaneously as they play.

Unlike many children’s vehicles, this digger is powered by a 12-volt battery that is charged by plugging the car in directly to an outlet. Compared to most toys where the batteries have to be taken out, this realistic dirt digger is hassle free fun for the little one and easy to charge for the foreman of the job (aka the grownup).

Get your very own digger today to ensure your young construction worker will be able to work on that project in the most realistic way possible. 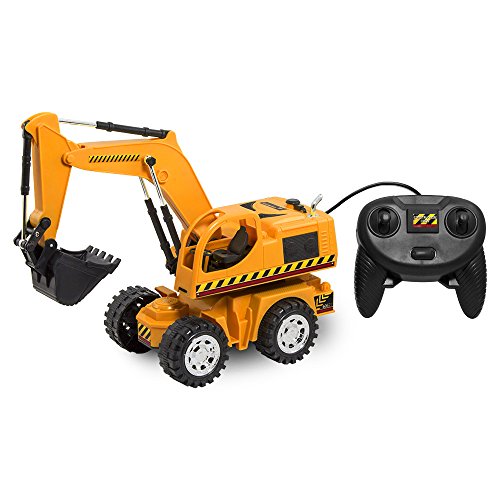 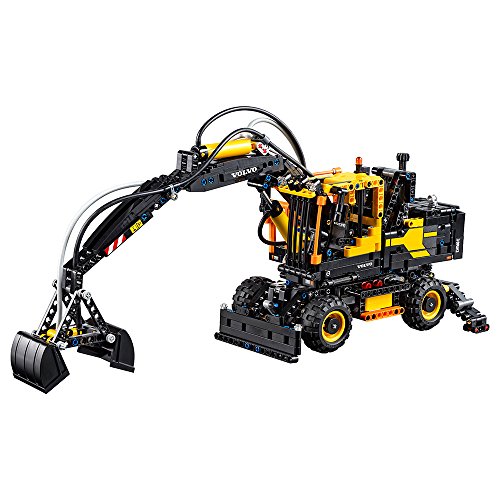 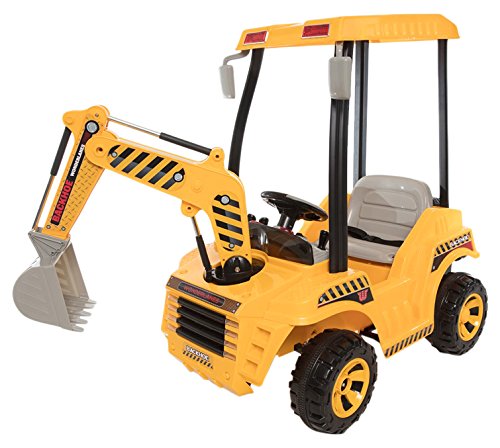