Aren’t lighters fun and versatile little tools? They ignite various and sundry smokables for our lung-abusing enjoyment. In a pinch, they can provide a convenient improvised source of illumination. Performers have long admired their dancing flames as a globally revered salute when raised aloft as one by an appreciative audience. Sometimes, they prevent incarceration by making things vanish; others, they tend to be directly responsible for landing us in jail. Hey, we were all four years old once.

Hey, do you know where we’ve always wanted to install something intended to light a joint or cigarette? Where a single thin covering separates it from a bare hand. Better still, let’s engineer a way to constantly hold it an inch or less from an ear and our hair. Hey, taking into consideration that both Apple and Samsung have produced surprisingly combustible phones within the last three years, we might as well consider all sins equal when pondering the stage at which an iPhone case that sets things on fire could be considered a “good” idea.

Look, we’re reasonable people. The ZVE Multifunction Lighter Case for iPhone 7/7 Plus is certainly not without its virtues. For one thing, like any smartphone case worth its salt, this life-proof Apple armor includes a retractable bottle opener that should come in handy at barbecues and in emergency situations that leave microbrew-toting campers stranded hundreds of miles from civilization and the nearest church key.

Sure, you always laugh until it happens to you.

Of course, the chief selling point of the ZVE Multifunction Lighter Case is the battery-operated flameless heating coil integrated into its back. The rechargeable element powers up in about 1.6 hours when plugged into a Lightning port and lights up to 540 cigarettes or joints per charge. Granted, it doesn’t have to remain perpetually exposed, and for obvious reasons, probably shouldn’t. The lighter conceals when not in use by simply sliding down an unobtrusive lid.

Finally, an alternative to the ever-present conundrum of lighters being notoriously heavy, cumbersome, and challenging to carry around. To think, all we ever had to do was strategically place a wire that heats up from its own proprietary power source in immediate proximity to a sensitive electronic device. It’s so simple! Smoke up and have a drink this christmas! 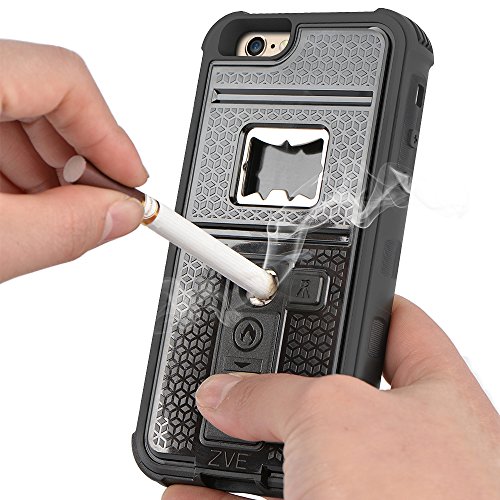 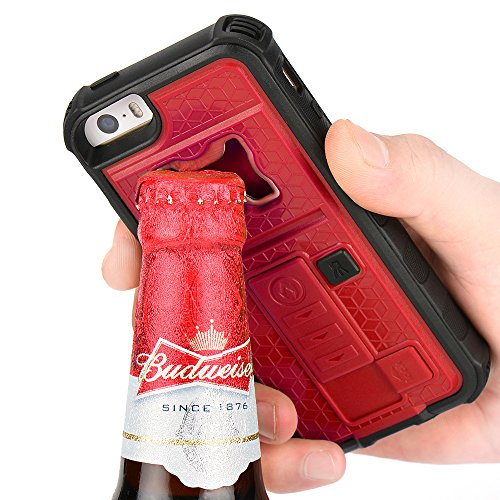 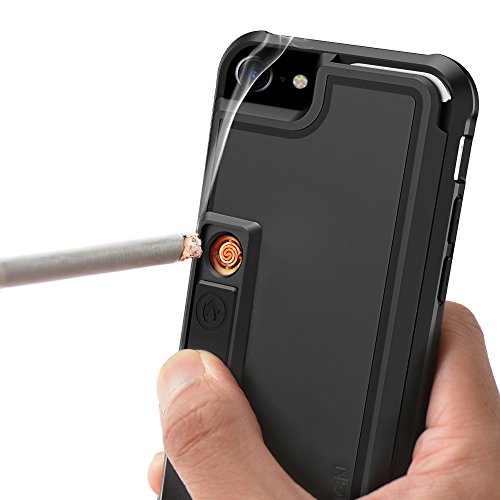