Once upon a time, mariners and artists built mysterious, highly-detailed, models of ships and somehow got them to rest inside a bottle. This intriguing display has been around for centuries, impressing the eyes of everyone that sees them and inspiring legends of the high seas. Captain Jack Sparrow himself had a similar ship in a bottle (note this one does not expand to life size as the Black Pearl). This LEGO replica of the time-honored tradition was brought to life by designer Jake Sadovich from Idaho. His original creation is inspired by a real ship in a bottle model that he built named the Leviathan. Now you too can build an icon of the seas.

This LEGO Ideas set contains 962 pieces. It is great fun for a beginner and a fun project for even the most experienced LEGO master builders. The 3” x 5” x 1” replica ship rests inside of a 3” x 12” x 3” bottle made from LEGO pieces “floats” in an impressive array of over 280 clear blue water pieces. The bottle is decorated by a faux wax seal and a buildable cork to close it off. Inside, the ship is precisely detailed with printed sails, a captain’s quarters, cannons, crow’s nests, and a raised deck. Beneath the bottle is a stand complete with a compass (decorative only), globes on either side, and a ‘Leviathan’ name plate that pays homage to the ship herself.

Best suited for ages 12+ this LEGO first is a unique blend of history and creativity that puts you in the shoes of a 19th century master artisan. Constructing this LEGO set is sure to entertain for hours and leave you with an eye catching piece afterwards. 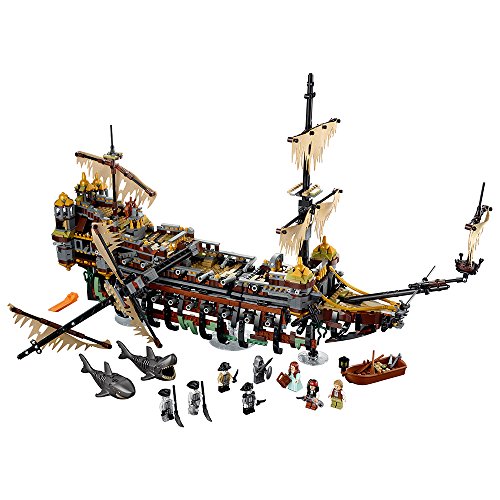