Isn’t it nice finding a throwback Nintendo homage that hasn’t already sold out of its first three production runs by the time you have a chance to buy one?

OK, so the Keytendo EnterHangment System is neither a palm-sized USB pack of iconic Nintendo Entertainment System games nor officially licensed by Nintendo itself. Hear us out. First of all, unlike the NES Classic and SNES Classic, you could actually own this fine product without subjecting yourself to playing House Mario’s sadistic pre-order mind games, entering a shady Thunderdome-style kumite against fellow rabid nerds in the blood-soaked aisles of Target’s electronics department, sacrificing hundreds of dollars (at least) on eBay to maybe have a chance of entering a lottery with one at stake or simply making your own with a Raspberry Pi and a few free weekend hours on your hands. Second, and feel free to call this a hunch, the KES may actually save you time instead of letting you cannibalize it sitting before a SNES Classic basking in the proven existence of “Starfox 2” or wondering what made you hate yourself enough to plug in your NES Classic and resolve to beat the world speedrun record for “Super Mario Bros.: The Lost Levels.”

This wall-mounted recreation of the unmistakable Nintendo console that resurrected the video game industry in 1985 arrives packaged with the faithfully recreated NES facade itself, two dangling key chains that fit into the controller ports exactly as an authentic control pad would, a mounting bracket and all the necessary hardware for fast, easy DIY installation. The cartridge compartment’s door flips open to a storage compartment perfect for such small incidental items as additional keys, pens, cash and loose change. Now, you’re sensibly organizing personal effects with power.

Most importantly of all, the Keytendo EnterHangment System relieves you of any lingering valid excuses for misplacing your tiny belongings. Come on, who forgets about the legendary video game system stuck in the wall next to the coat rack? If you agree, this nerdy wrangler of miscellaneous pocket contents is available right now for an absurdly affordable price. 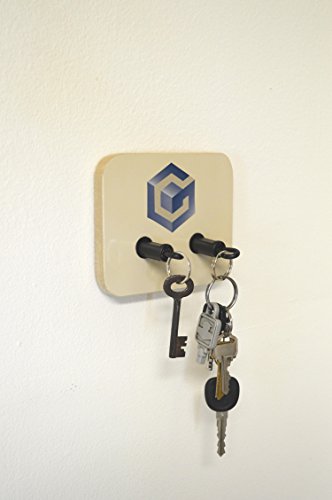 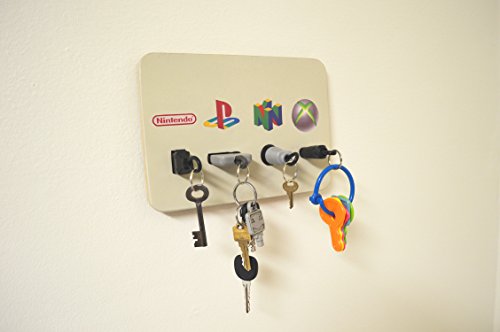 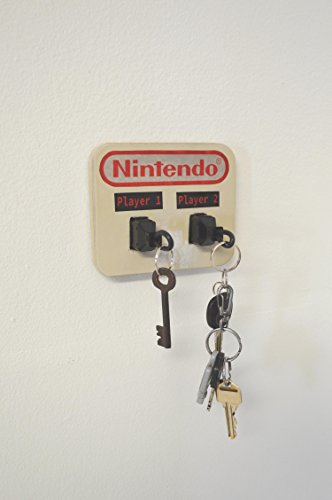