Hey, friend-o. Have you reached you wit’s end dealing with nuisance birds that congregate around your home? Are you tired of rodents ruthlessly raiding your rutabagas? As America becomes great again before your eyes, were you disappointed to find that tattooing our proud nation’s flag over every inch of your body and waving it at rush-hour traffic while wearing Uncle Sam’s top hat and firing an AK-47 into the air left you feeling like you still weren’t the most American American to ever ‘Murica in America?

Well, then. Have we got just the 9 ½-Foot Remote-Controlled Bald Eagle for you.

Roll over, G.I. Joe, and tell Hulk Hogan the news: with its majestic nearly 10-foot wingspan seemingly commanding the wind itself wherever you go, this distinguished raptor makes you the realest real American anywhere it soars. Its nylon/polyester wings form an airfoil with their natural curvature that lifts the carbon fiber frame and wing struts into graceful multi-directional vector flight true to that of an actual gliding, liberty-affirming bird of prey. Thanks to its transmitter’s 500-foot control range, you can manipulate each propeller’s down thrust up, down, left and right with finely turned trim controls to herald your arrival as the essence of American exceptionalism with showy loops, dives, and stunts.

Getting bored striking fear in the hearts of enemies on American soil by soaring hither and yon over their shoulders? Well, have you ever seen “Birdemic?” Hone a delicate mastery of the throttle to hover your personal bald eagle in place against the wind to simply stare terrified bystanders in the eye before speeding away.

The Remote-Controlled Bald Eagle’s transmitter runs on eight AA batteries. The rechargeable lithium battery included with every order powers up to eight minutes of flight and recharges fully in 20 minutes or less with the packaged charger. 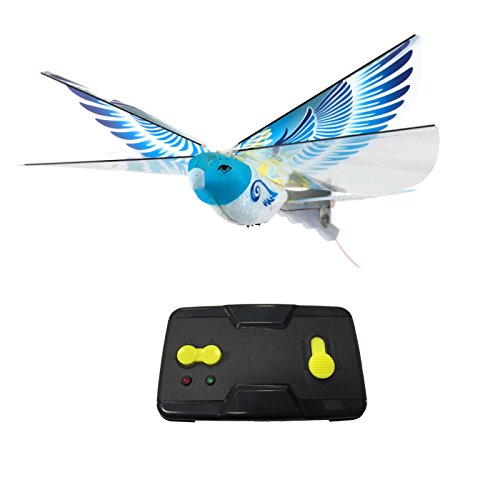 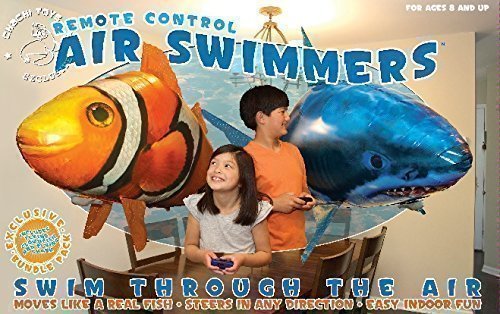 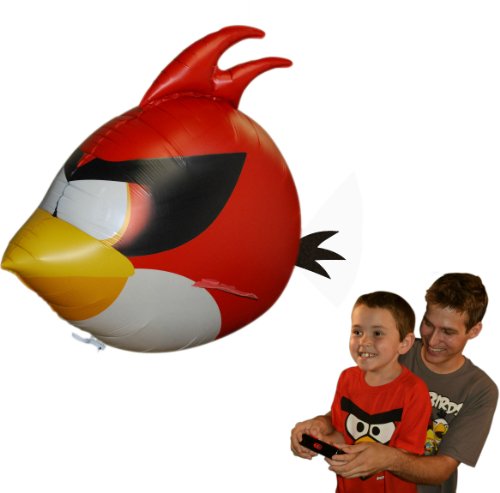