How do you make Connect Four even more fun? Well, we tried. Lord, did we ever try. Right around the time we tried loading the discs with volatile explosives and rimming their edges with hair-trigger contact detonators, we discovered GoSports 4-In-A-Row. Once we played an oversized take on this classic game that didn’t threaten to blow players and onlookers to smithereens, we had no choice but to concede that the risk of maiming or death didn’t so much lend our game an exhilarating element of ever-present danger as render it impractical and, under the Geneva Convention, probably prohibited for sale or possession anywhere in the developed world.

In all fairness, they had the more accessible and widely acceptable idea. The relatively gigantic wooden structure built from top-shelf solid wood stretches four feet across and stands 3.5 feet tall. Players divvy up their respective 21 red and blue plastic coins and alternate dropping them down the top slots to try and line up four in a vertical, horizontal or diagonal row. For such a big game, it also sets up and breaks down surprisingly easily in seconds and takes up precious little space. As for the coins, they store conveniently in a handy travel-ready tote.

What do you know? Everything old is new again. 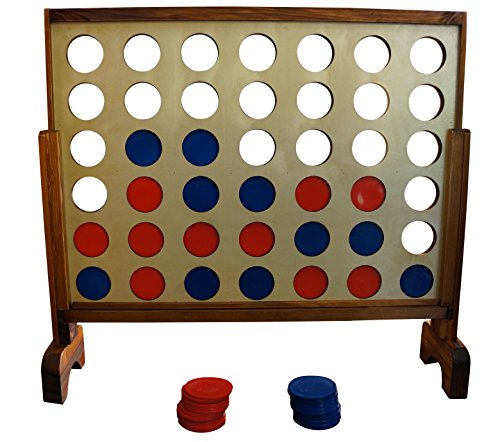 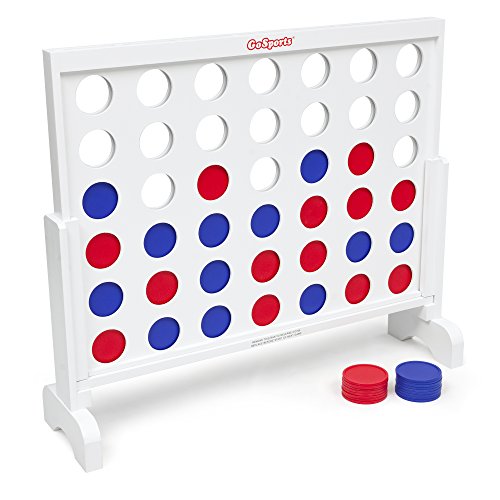 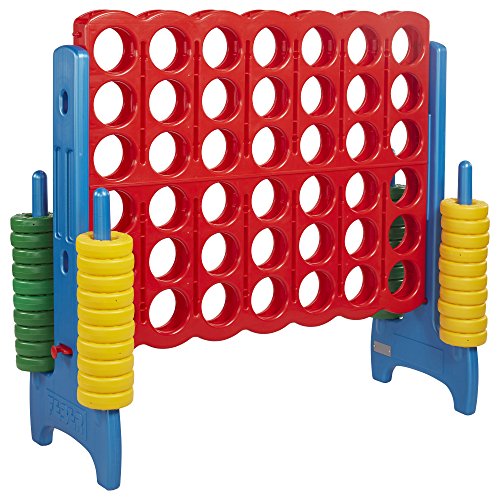