These “Game of Thrones” Dragon Egg Salt & Pepper Shakers gave us pause for a strange realization: even in such a far-flung fantasy setting as Westeros, the House Targaryen superstition concerning baby dragons and newborn humans is a few Lannister siblings short of a paternity scandal.

Once upon a time, before dragons were as rare a sight as a Dothraki with a crew cut, the Targaryens judged an infant’s worthiness of the family name according to whether or not a dragon egg would hatch when placed next to the little ankle-biter in the cradle. If a tiny fire-breathing reptile became the tot’s new playmate, the kid was a “true” Targaryen. On the other hand, an egg that failed to hatch was seen as a bad omen for Junior’s future legacy. For want of a scaly pet, the child would probably occupy a basement chamber at King’s Landing well into his thirties, balloon to the size of a pregnant dire wolf eating all the black bread and bacon, grow a neckbeard that would make a wildling envious and invent an enduring fashionable symbol of failing masculinity known ages later as a “fedora.”

First off, what the Seven Hells? If ancient Spartans gave up and hurled their offspring off a cliff, it was because a thorough once-over supposedly forecast little chance that the baby would mature into a Greek death machine. That’s the alleged story, anyway. For all anyone actually knows, it might have simply been the main attraction of Sparta’s annual Offspring Fling celebration.

That is hardly the end of our unanswered questions, either.

For starters, since this lot was apparently so chummy with the terrible pyro-lizards, did anybody take into account a dragon egg’s typical gestation period?

Additionally, what happened to the unhatched eggs? Did the Targaryens hold onto them for future superstitious infant-judging needs? Were they written off as duds themselves and relegated to the most delicious omelettes a First Man or Andal had surely ever tasted? Do dragon eggs even need hot sauce?

Assuming dragon eggs are as legendarily durable as dragon scales, here’s hoping this royal Westerosi family was clever enough to repurpose them in a fashion as clever as these ceramic kitchen caddies modeled after Daenerys’s three tykes. Drogon’s egg is the keeper of pepper, Viserion brings the salt and Rhaegal corrals around 150 toothpicks. Each trio comes with their own ceramic holding try for safekeeping and an attractive display box cradling them in regal gold fabric.

Truly, this is a gift fit for a queen – or a khaleesi.

8.5 Total Score
Perfect Gift For The Red Wedding
User Rating: Be the first one!
Buy Here 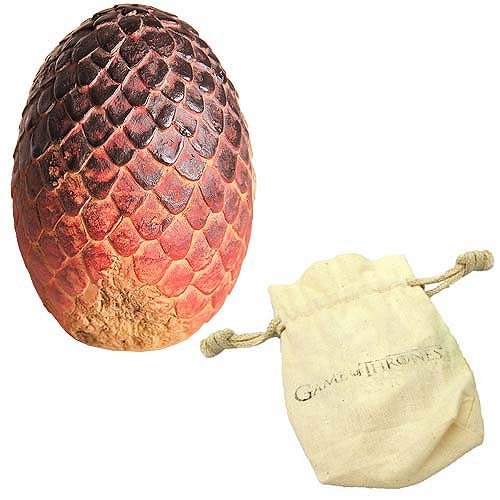 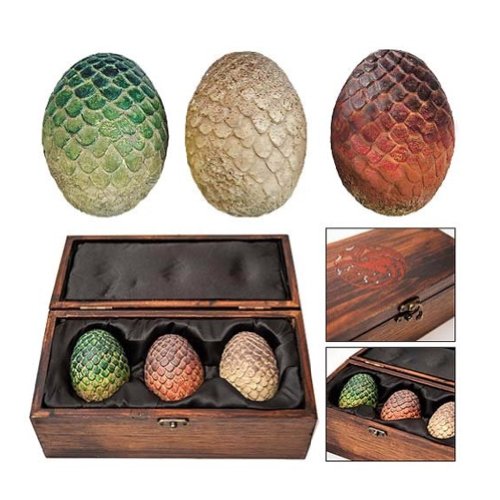 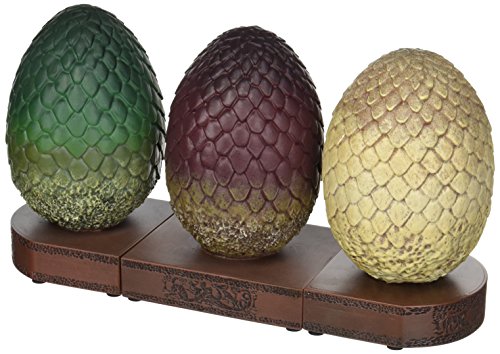