The Orbit Eliminator Four-Player Air Hockey Table from American Heritage Billiards makes a persuasive argument for one of our longest-held beliefs about our favorite barroom battle of fast-twitch reflexes: when you have a quartet of friends standing around a traditional air hockey table, one-on-one is only half as fun. Let’s make things more interesting, shall we?

Imagine an air hockey table making sweet, confused humpity-bumpity to a Hungry Hungry Hippos game board. Can you picture it? Good. Thank you. Duane from Accounting bet us each a hundred bucks that we couldn’t slip that thought into your head. Coincidentally, the Orbit Eliminator Four-Player Air Hockey Table also just happens to be the most likely real-world manifestation of the strangely lovable child that bizarre gaming table-on-board game action might beget. We’re all winners!

The rules are chaotic but fairly simple. Up to four competitors gather around the 47-by-47-inch playing field behind their respective goals, pick up a “goalie” paddle each and place up to four pucks in play. Every time a puck slips into your goal, the illuminated scoring system notches a point against you. Allow three shots past, and you must insert a blocker into your goal and step aside. The game then continues as such until only one player stands victorious. Of course, if you want to duke it out under more traditional rules, the two blockers can take the side goals out of play for a more personal shootout. 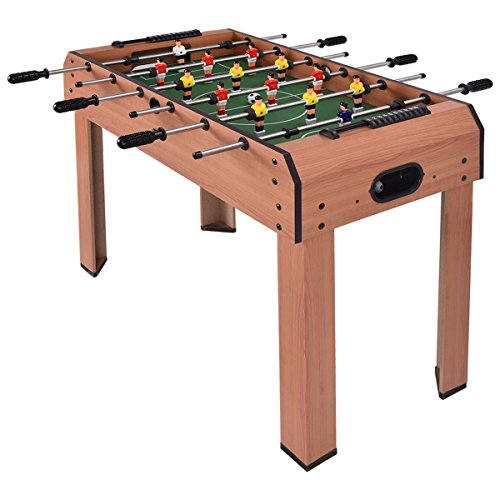 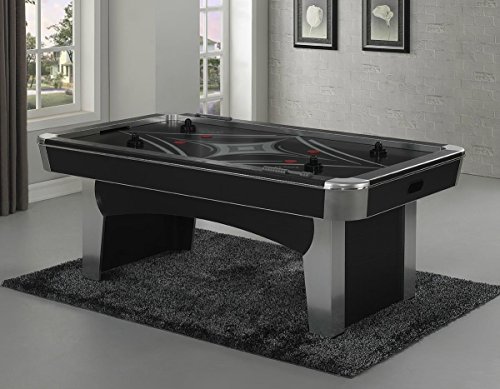 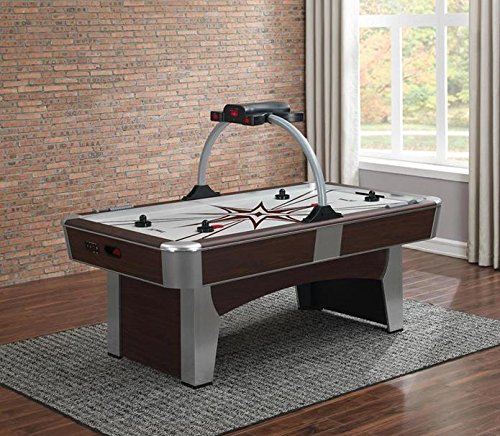 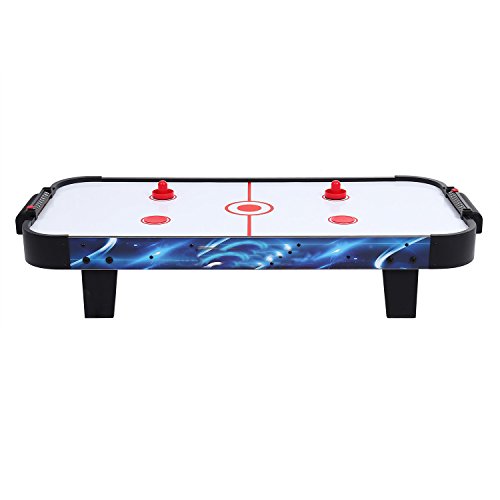