Buy Here
Search on AmazonSearch on Ebay
Home » Cuphead Funko POP! Vinyls Have Us Willing To Deal With The Devil For One Of These
AwesomeEntertainmentGamingGeekGiftsGifts For Men

Cuphead Funko POP! Vinyls Have Us Willing To Deal With The Devil For One Of These

As of the time of this writing, October 2017 has been a curious month in gaming.

Nintendo’s Super NES Classic mini-console has received virtually unanimous praise after hitting retailers in surprising numbers – for a Nintendo release, anyway. The J.R.R. Tolkien-inspired “Middle-earth: Shadow of War” recently escalated the fierce battles that dawned in its predecessor, “Shadow of Mordor,” to continue bridging the events between “The Hobbit” and the “The Lord of the Rings.” Meanwhile, “South Park: The Fractured but Whole” finally arrives on Oct. 17 to follow up the runaway success of 2014’s caustically hilarious “South Park: The Stick of Truth.” On top of all that, there’s the delicious hype surrounding early glimpses of “Star Wars: Battlefront II” and “Assassin’s Creed: Origins” to digest on a daily basis.

Yet, somehow, what title has consumed us for weeks on end with its hurts-so-good challenge and inescapably endearing visual style? That would be “Cuphead,” an indie side-scroller 10 years in the making with dazzling visuals created using traditional hand-drawn cel animation in the style of a vintage 1930s cartoon short, gorgeous watercolor backgrounds, an infectiously catchy jazz soundtrack recorded by a live orchestra and a throwback emphasis on long, gruellingly challenging boss battles. You can have our share of the triple-A bombast. We’ll be over here taking our fill of two brothers named Cupman and Mugman paying off a dire gambling debt by collecting the souls of the Devil’s debtors, thank you very much.

With “Cuphead” taking Twitch, YouTube, critics and players all by storm within just a few weeks, it was only a matter of time before the good people at Funko took notice and treated us all to an apropos set of POP! Vinyl figures. After making their debut at New York Comic Con, the boys themselves and their looming horned creditor are now available for pre-order before hitting shelves this November, and they do not disappoint. Both the forthcoming debut trio of Cupman, Mugman and the Devil himself and the NYCC-exclusive duo of black-and-white Cupman and Mugman stray from Funko’s signature chibi motif, but we have to admit, the recognizable POP! Vinyl style would have looked a bit “off” adorning this series.

If there’s a certain Prince of Darkness open to negotiating, we’re willing to make a deal in exchange for an early-bird shipment arriving at our door. Just sayin’. 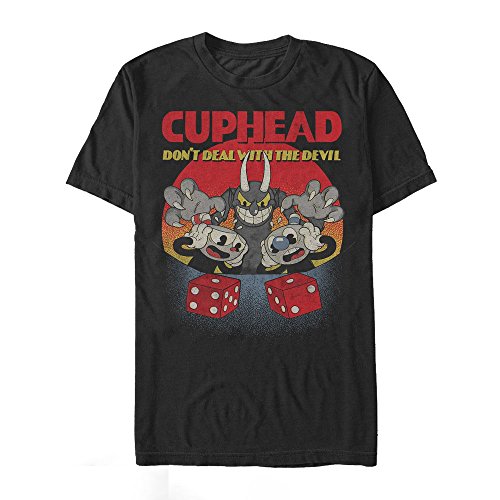 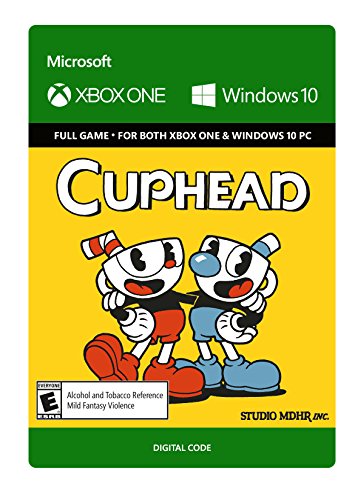