There’s a good reason it won’t necessarily matter to us one whit that would-be extraterrestrial invaders would dismiss us as a primitive backwater planet that scarcely warrants their efforts: you might say we really “get” the commonalities of organic life across the cosmos.

For instance, a question for our space faring friends: do you have eyes? You do? Wonderful. We only need one well-placed shot from one of these three Alien Technology Rubber Band Guns to make you wish you didn’t. To us, gunpowder is for when the stakes are raised to us-or-them proportions. On the other hand, we only need a tiny loop of flexible rubber to leave you too blind to tell whether you’ve been blasting away at us or reducing your brother-in-law to a squishy wet mass that you can’t stop stepping in.

You’ve honed your art of death on the battlefield. We refine ours where strikes must be silent, swift, and stealthy to find their mark, lest we draw the wrong manner of attention to ourselves: office cubicles, cafeterias, and classrooms.

Even the least of these arms, the Talos, has a maximum range of 30 feet and loads up to 12 rubber bands at a time. The Chiron rivals its smaller sibling’s range, but more than triples its capacity to 100 shots with an added speed-load extension, plus the ability to split off a hand-launcher for dual-wielding. May your alien gods forgive your most sensitive flesh if a man, woman, or even a mere child should unleash the Hyperion. That BFRBG (“Big F***ing Rubber Band Gun”) loads up to 26 bands at once, stores more than 100 additional shots, tops its little brothers’ ranges by 15 feet by accommodating the longeest bands of the three weapons, and adds a burst-fire function that launches 14 simultaneous shots in one blast. Oh, and it shares the Chiron’s option to split off a hand-launcher for multitasking firepower. 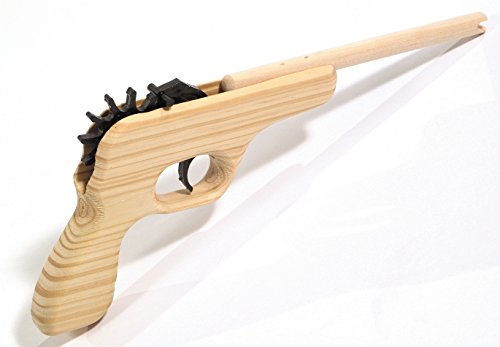 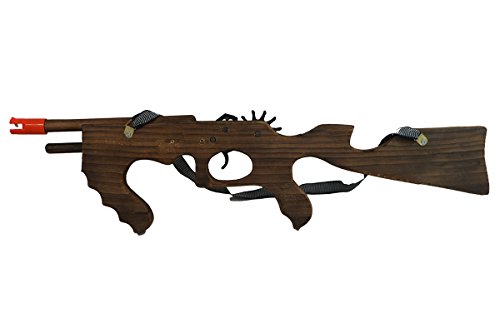 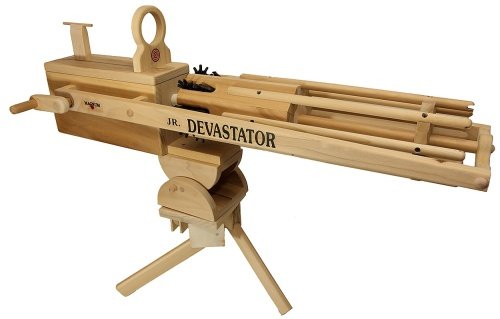